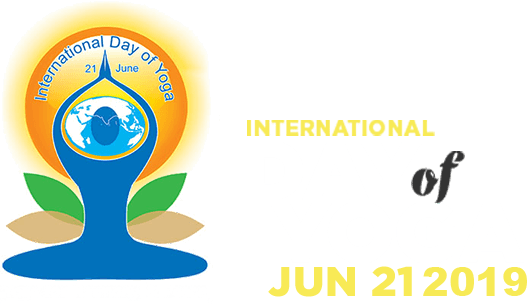 Here you can find information about some of the important events being held in the run-up to IDY 2018.

In preparation of the 4th International Day of Yoga on 21st June, New Delhi Municipal Council (NDMC) has started organising camps on daily basis in many locations.

Yoga camps which started on 21st May, would continue till 20th June at Talkatora garden, Nehru Park, Lodhi Garden on daily basis from 6:15 a.m. to 7:45 a.m. Also, camps for children would be conducted on Saturday and Sunday from 5:30 p.m. to 7:30 p.m. at Children Park India Gate.

These Yoga camps are organised by NDMC in collaboration with Morarji Desai National Institute of Yoga (MDNIY) and Vivekanand Yogeshram Hospital (VYAH) at Talkatora Garden, Patanjali Yoga Samiti (PYS) at Lodhi Garden and Art of Living at Nehru Park.

NDMC is also celebrating the International Day of Yoga as a mega event in New Delhi for the last three years. This year too New Delhi Municipal Council and Ministry of AYUSH are organising the fourth International Day of Yoga at Connaught Place in New Delhi on its six radial roads and inner circle road along with three major garden namely Lodhi Garden, Nehru Park and Talkatora Garden where about 10,000 participants were expected to perform the Common Yoga Protocol of Yoga from 6:00 a.m. to 7:30 a.m. on 21st June’2018.

The event was received with tremendous enthusiasm by the people of Dehradun. The city is now keen and eager to host the national event of IDY on 21st June 2018, in which the Prime Minister is scheduled to participate. https://www.youtube.com/watch?v=aKI298Sqgb4&feature=youtu.be

Yoga Ambassador Tour is a specialised familiarisation trip for yoga professionals from abroad to India, promoted by the Ministry of AYUSH with the support of Kerala Tourism and the Association of Tourism Trade Organisations, India (ATTOI).

Applications have been invited from established & practising yoga professionals from around the world to have a first-hand experience of Kerala, the southern state of India, the country proud to be known as the birth place of Yoga. This 10 day educational tour of Kerala as part of Yoga Ambassador Tour will give an opportunity to the delegates to engage in various yoga based activities. The tour will be coming to an end on 21st June 2018 which is the International Day of Yoga, and the delegates would also be getting a chance to participate in a mass yoga drill to mark IDY 2018. You can find the details at this link: https://attoi.org/educat_event/yoga-ambassadors-tour-2018-online-registration-started/

New Delhi is gearing up for the International Yoga Fest 2018, an important fixture in the country’s Yoga calendar. IYF was originally conceptualised as a curtain-raiser to the largest annual global yoga event namely the International Day of Yoga, but has over the last couple of years emerged as a flagship show in itself.

IYF 2018 will see a confluence of eminent yoga masters, experts, students and yoga enthusiasts and will showcase yoga’s uniqueness as the holistic approach that rewards its followers with health and wellness.

After successfully hosting the 1st and 2nd International Yoga Fests, the Morarji Desai National Institute of Yoga (MDNIY) has now scheduled the 3rd edition to be held on 21-23 March 2018 at Talkatora Stadium, New Delhi.

The calendar of this three-day event includes activities such as workshops, discourses, demos and contests to ensure enough avenues for the active participation of all stakeholders. The aspirants can visit the following links to obtain details about IYF 2018:

The International Yoga Fest-2018 will comprise of the following important events.

The Central Council for Research in Yoga & Naturopathy (CCRYN), an Autonomous Body under the Ministry of AYUSH is partnering with some reputed institutions to organise an event on “Promoting Women’s Health Through Yoga” in Mumbai on 13th March, 2018. The partnering institutions include Kaivalyadhama, Indian Menopause Society (Mumbai Chapter), Navy Wives Welfare Association and the Hyderabad (Sind) National Collegiate Board. The event marks the countdown of 100 days to IDY 2018. You can find the details at this link:https://yogcenter.com/yoga-for-menopause/

Material featured on this site may be reproduced free of charge in any format or media without requiring specific permission. This is subject to the material being reproduced accurately and not being used in a derogatory manner or in a misleading context. Where the material is being published or issued to others, the source must be prominently acknowledged. However, the permission to reproduce this material does not extend to any material on this site, which is identified as being the copyright of a third party. Authorisation to reproduce such material must be obtained from the copyright holders concerned.

At some places in this website, you may find links to other websites/portals. This links have been placed for your convenience. AYUSH is not responsible for the contents and reliability of the linked websites and does not necessarily endorse the views expressed in them. Mere presence of the link or its listing on this website should not be assumed as endorsement of any kind. AYUSH can neither guarantee that these links will work all the time nor it has any control over availability of linked pages.

AYUSH does not object to linking directly to the information that is hosted on this website and no prior permission is required for the same. However, we do not permit our pages to be loaded into frames on your site. The pages belonging to this website must load into a newly opened browser window of the User.

This website records your visit and logs the following information for statistical purposes - your server’s address; the name of the top-level domain from which you access the Internet (for example, .gov, .com, .in, etc); the type of browser you use; the date and time you access the site; the pages you have accessed and the documents downloaded and the previous Internet address from which you linked directly to the site.

We will not identify users or their browsing activities, except when where a law enforcement agency may exercise a warrant to inspect the service provider’s logs.

A cookie is a piece of information that an Internet web site sends to your browser when you access information at that site. This site does not use cookies.

Email management - collection of Personal Information Your email address will only be recorded if you choose to send a message. It will only be used for the purpose for which you have provided it and will not be added to a mailing list. Your email address will not be used for any other purpose, and will not be disclosed, without your consent.
If you are asked for any other Personal Information you will be informed how it will be used if you choose to give it.
If at any time you believe the principles referred to in this privacy statement have not been followed, or have any other comments on these principles, please notify the webmaster through the contact us page.

Note : The use of the term “Personal Information” in this privacy statement refers to any information from which your identity is apparent or can be reasonably ascertained.

We are committed to ensure that the Ministry of Ayush - Yoga Website of India is accessible to all users irrespective of device in use, technology or ability. It has been built, with an aim, to provide maximum accessibility and usability to its visitors particularly for people with disabilities. For example, a user with visual disability can access this Website using assistive technologies, such as screen readers and magnifiers.

We also aim to be standards compliant and follow principles of usability and universal design, which should help all visitors of this Website.

This Website is designed to meet priority 2 (level AA) of the Web Content Accessibility Guidelines (WCAG) 2.0 laid down by the World Wide Web Consortium (W3C). Part of the information in the Website is also made available through links to external Web sites.

External Web sites are maintained by the respective agencies that are responsible for making these sites accessible.

If you have any problem or suggestion regarding the accessibility of this Ministry of Ayush - Yoga Website pleases use the 'Feedback' or 'Contact Us' page to enable us to respond in a helpful manner.

This official website of AYUSH, Government of India; has been developed to provide information to the general public.

Though all efforts have been made to ensure the accuracy and currency of the content on this website, the same should not be construed as a statement of law or used for any legal purposes. Incase of any ambiguity or doubts, users are advised to verify/check with AYUSH and/or other source(s), and to obtain appropriate professional advice.

The information posted on this website could include hypertext links or pointers to information created and maintained by non-government/private organizations. AYUSH is providing these links and pointers solely for your information and convenience. When you select a link to an outside website, you are leaving the AYUSH website and are subject to the privacy and security policies of the owners/sponsors of the outside website.