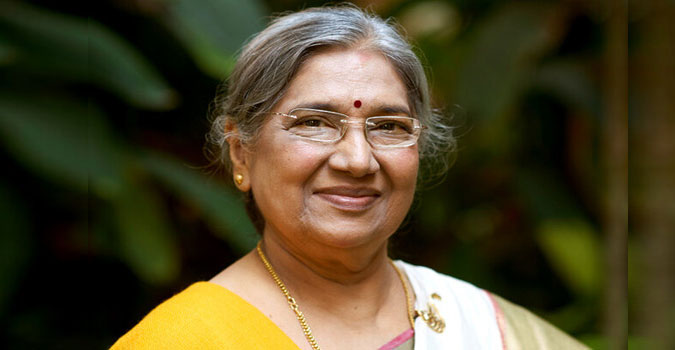 Hansaji Jayadeva Yogendra (Born 1947), director of one of the oldest yoga institute in the worl in Santacruz, Mumbai, founded by her father-in-law Shri Yogendra.

Smt. Hansaji J Yogendra was the country’s first and only lady Yoga Guru to be invited by the Government of India, Ministry of AYUSH to grace the event at Rajpath, New Delhi on the occasion of first International Day of Yoga. She also had the privilege to share the dais with Honourable Prime Minister Shri. Narendra Modi.

Hansaji says right from her childhood she was interested in performing asanas, but only thing she didn’t bother was the mind. So she was very sensitive, emotional and short tempered who express it openly, which disturbed her inner self and a stage came where she suffered from some or the other illness. But once she learned yoga she understood that every thought of our mind has a strong effect on your body. She says through Yoga she mastered her mind and became a very caring, non-reactive, tolerant personality.

Hansaji is a brilliant motivational speaker and her skill to engage the audience draws people to The Yoga Institute just to listen to her talks. She uses very simple language with real life examples to convey the core meaning of Yoga Philosophy.

Based on 100 years of Research by the Yoga Institute Hansaji released her book named “Yoga For All”.

She is also a Life coach, a motivating teacher, who guide people to overcome their problems of life through practical yogic counseling. She also emphasis on women empowerment where she conducts classes for antenatal, post natal and menopause womens. Hansaji is a famous TV Personality who present yoga series for better living.